Belfast May 2000: No Souvenirs (UNKLE Remix)

Belfast May 2000 is a double-CD bootleg of a DJ mix played by James Lavelle (UNKLE) on Belfast radio. The official release of this mix never took place. Even though this bootleg has May 2000 in its title it’s more likely that it originates from 2001 since some of the tracks in the mix were not released until 2001. 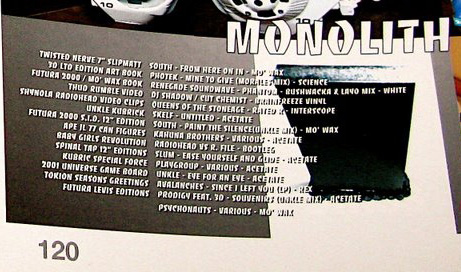 * The exact duration of the track is unknown but it should be a bit over 6 minutes.