℄OST: The Shadow (Of The Devil) story

On 15 April, 2022, Liam delighted fans of The Prodigy with a soundtrack that he produced for ‘Choose or Die’. Therefore, during the past month we recalled various productions done by Master H for movie scores. In the previous articles we went into detail about ‘Invisible Sun’ (Perfect Skin OST), ‘Stand Up’ (Kick-Ass OST), a remix of Iggy Pop’s ‘Lust For Life’ (Trainspotting 2 OST) and the legendary ‘Warning’ (Smokin’ Aces OST).

Today we decided to recall a no less legendary thing — ‘The Shadow’ (aka ‘Shadow of the Devil’), which was released as part of OST for several movies and videogames.

The first info about ‘The Shadow’ emerged back in 2007, when the release of the full-length anime ‘Vexille’ and its OST was announced. The OST was released separately on CD, so the first rips of the track originated from that disc.

But a bit later, it was announced that this tune would also be included in the ‘Project Gotham Racing 4’ videogame OST. From the game trailers uploaded online, it became apparent that the version of the track was different from the one released as part of the ‘Vexille’ OST. Moreover, an alternative track title appeared — the ‘Shadow of the Devil’. It’s interesting that it’s unknown where it came from since officially the track was called ‘The Shadow’ on both OSTs. This banger started to emerge on the web either as a 2-minute edit as ‘The Shadow’, or as a 3-4-minute version as ‘Shadow of the Devil’.

Besides, around six months after ‘Project Gotham Racing 4’ was released, ‘The Shadow’ was included in yet another OST, but under the title ‘Shadow of the Devil’. In general, from late 2007 to early 2008 there was a complete mess caused by various titles and different lengths of the tune. The only thing that was clear at that time reads as follows: structure-wise, the version from the videogame OST is different from all the versions of ‘The Shadow’ that appeared in movie OSTs (those versions were different only in length). But as more info about all releases started rolling in, it was possible to figure out what the deal was… So let’s go back a bit and figure it all out!

In 2006, a year before ‘Vexille’ was released, a little-known documentary about snowboarders, ‘Snow Blind’, came out. Moreover, the official OST of this documentary was released on CD, which included ‘Shadow of the Devil’. We’re confident enough to say that it was this OST that included the very first version of the tune. It’s interesting that Neil McLellan, Howlett’s right hand, was working on the OST for the said documentary. The release appeared on The Lodge label, led by Emily Lazar (‘Always Outnumbered, Never Outgunned’ was mixed and mastered at The Lodge two years prior).

Considering the info given above, it becomes obvious that it was Neil who had the idea to release the track, so he participated in producing the tune as a co-author alongside Howlett. It’s also possible that the track was produced not in 2006, but during the production of ‘Always Outnumbered, Never Outgunned’ – at that time Neil co-produced quite a few tracks from the LP. Anyhow, this banger was first released in 2006 in its original 4-minutes version as ‘Shadow of the Devil’. Still, the release of both the documentary and the promo CD with the OST went unnoticed. 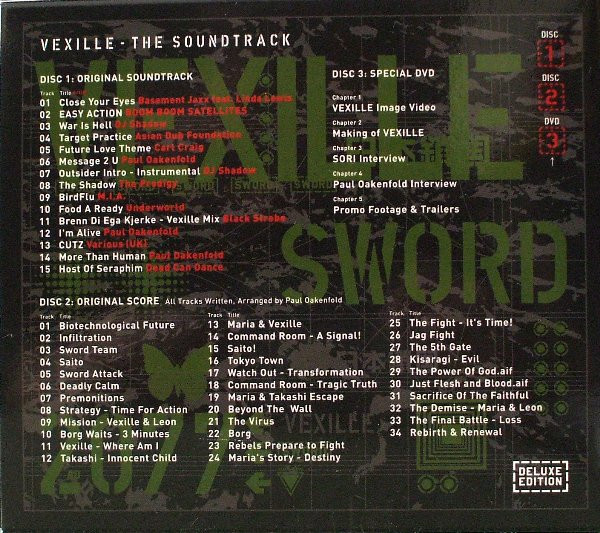 A year later, in 2007, the same version of the track was included in the ‘Vexille’ OST, but had a different title, ‘The Shadow’. It’s unclear why the title was changed, but considering the fact that this time Cooking Vinyl (not EMI, as on the previous release) was listed as the copyright owner, we can say that it was Howlett alone who handled the release. Probably the track had multiple working titles and Howlett, unlike Neil, did like a more laconic one — ‘The Shadow’. It’s also worth mentioning that this soundtrack was the first The Prodigy release on Cooking Vinyl after the band had left XL Recordings. 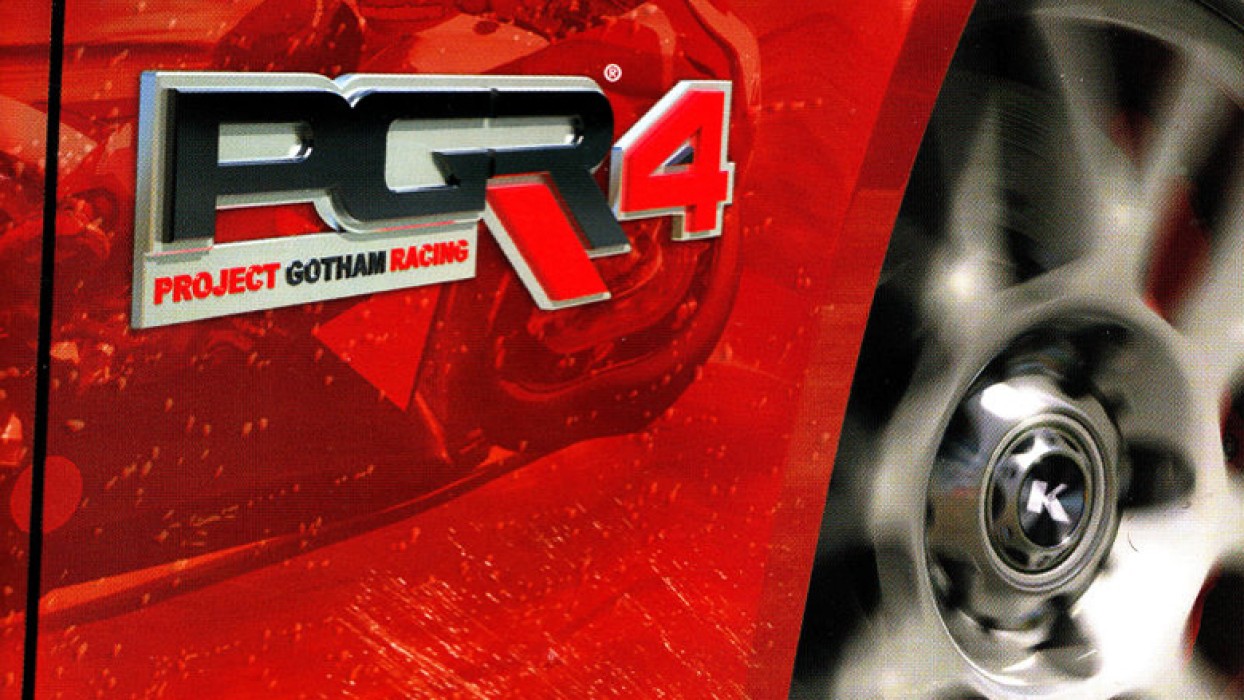 In late 2007, the track was released once again, as part of ‘Project Gotham Racing 4’ OST. It was definitely new version of the track with different structure-wise and about 7 minutes long. At first, some people thought that it was an alternative version produced by Howlett with alternate title – ‘Shadow Of The Devil’, like previously released ‘Rat Poison’, ‘More Girls’ & etc.

LH: We had this idea floating around for a while unfinished. And when we saw the rough video for ‘PGR4,’ it felt special and inspired us to finish it off. The pace and intensity of the game fit with the tune, and the more people speeding to our music, the better.

But later it turned out to be a remix made by Chris Chudley from Audioantics and released under the same title as on ‘Vexille’ – The Shadow.

Wiki: A song, called “The Shadow”, was exclusively written and performed by The Prodigy and was remixed by Chris Chudley from Audioantics. It plays on the game menus and credits. It dynamically changes when the player moves along different menus in-game.

Chris was responsible for the game’s sound design. He had rearranged the original stems of ‘The Shadow’ to create loops, which were later used in various cutscenes and episodes of the game.

Tom Bramwell: PGR4 is also fronted by an exclusive song written and performed by The Prodigy called Shadow, which plays on the various menus and over the credits.
Cleverly, the sound team isolated little loops of the electronic track and made it so that entering a new menu initiates a slightly different phase of the song, giving you the sense of progressing through a tune rather than just listing to a jingle on repeat. It’s like Rez for menus, innit.
What’s more, if you stick around on the main menu for long enough without doing anything, the game just starts jamming, spitting out variations on Shadow with gay abandon.

Kristofor Mellroth: Some key changes have been made as to how music playback in-game works. We now continue the track through races so players will hear the entire song. As an example, ‘Shadow’ remixes on the fly as you progress through the front end, and also has some algorithms to remix itself if left idle.

The official release of the ‘Project Gotham Racing 4’ soundtrack appeared in now-defunct Microsoft Store since the game was intended for XBOX. All the tracks in that store existed in the authentic Microsoft audio format, WMA (remember this one?) This very WMA-file still can be found in program music files of the game on the disc. The quality of said file was about as same as MP3/160kbps, but, ironically, it was the only official release of Chris Chudley’s mix.

Some of you may remember that at the same time in 2007 Chrysalis Music UK record label put out the ‘Edinburgh Festival 2007’ promo CD, where The Prodigy’s ‘Shadow’ also did appear on the tracklist. That was the uncredited Chris Chudley version, but the quality of the file on the CD was pretty much the same as in Microsoft Store (if not even worse), which is pretty sad. 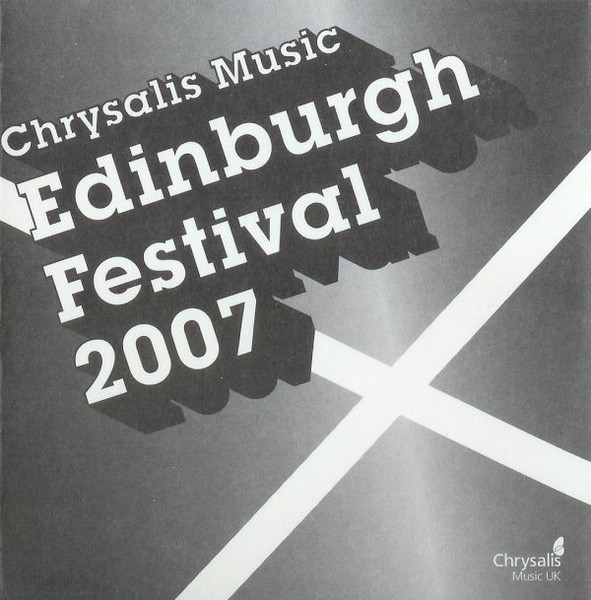 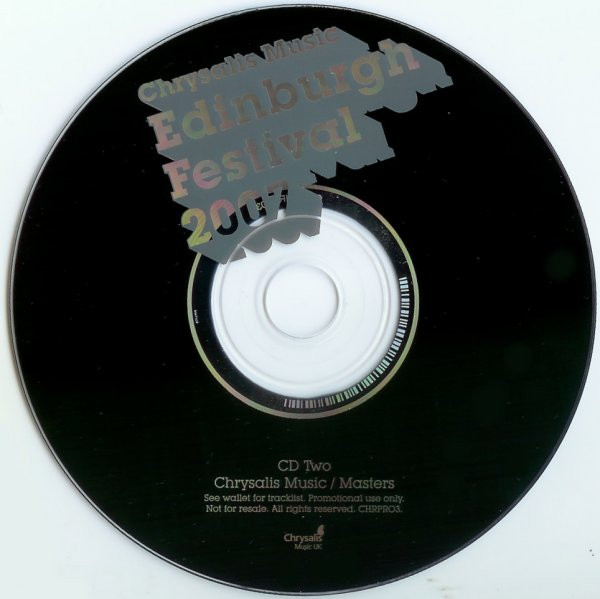 In mid-2008, the track in its original 4-minute version was once again included in the soundtrack. This time it was a horror movie called ‘Reverb’. The OST wasn’t officially released, but the original version can be heard during end credits of the movie. In the credits it’s listed as ‘Shadow of the Devil’ with the license provided by EMI (just as on the first release by The Lodge).

Just a few years before the ‘Shadow’ banger was born, Liam Howlett and Neil McLellan created the tune for ‘The Matrix’ OST which was later called Fuck the Matrix. Check out the details at the only exclusive interview with Neil our team had the honor of participating with!